It’s 2019 and following on from a lovely Crimbo, we decided to take the Sprogs to Woburn Safari Park. (This was mainly based on the fact that my mum had gifted us all with an annual pass, so we could actually afford to go. Because it was free.)

After much discussion on what would make a suitable picnic, packing the obligatory “nappy bag” (which contains a shit load more than nappies) and finding winter clothing, we were off.

The boys are now in their stage 2 car seats, so Finley (9) is wedged between them both, whilst Jonty and I sit in our spacious front seats with heated arse holes. If only there was a screen between us…

After the short journey to Woburn and a million requests to “sit on Daddy’s lap” from Leo, we arrived and off we went around the “Road Safari”. Incredibly, despite the 4 degree temperature, we saw loads of animals – rhinos, buffalo, deer type things, giraffes and elephants – all from the comfort of our Tuscon, shovelling cheese sarnies into our faces.

As the driver, I was in charge of navigating the wilds and avoiding killing any endangered animals. I got slight road rage with a woman in an Alhambra – (She was road hogging, then stopping at inconvenient times and places and generally being a shit driver.) I also panicked when various big animals started heading towards us and I think Jonty was worried I’d lob his chorizo sanga out the window to save the fam, so I wacked the car into second and blasted through some of the enclosures.

Then, the monkeys. My god they know how to put on a show. We queued for an eternity watching the little rascals jump over other cars (FYI to the Citroen, you took the piss: you stayed too long) and then we approached the main monkey corner. The kids were so excited that we may have a furry visitor on our roof and then suddenly, boom. Boom, bang, scratch oh and an anus, pushed onto the windscreen. It was quite awesome to see these little buggers enjoying the warm bonnet and wing mirrors and get a real close up when they romantically “made love” in front of us. Needless to say I was very unimpressed at the female, who felt the need to cuddle and stroke the clearly uninterested male afterwards. Too needy if you ask me.

And it did our marriage no favours – Jonty pointed out how “loving” she was. *eye roll*

Just as we were leaving the monkey madness, an adult decided to not only rip my wiper blade off, but also take a dump down one of the windows. Hugely disrespectful but the boys found it hilarious – especially when we had to peel it off with a stick. 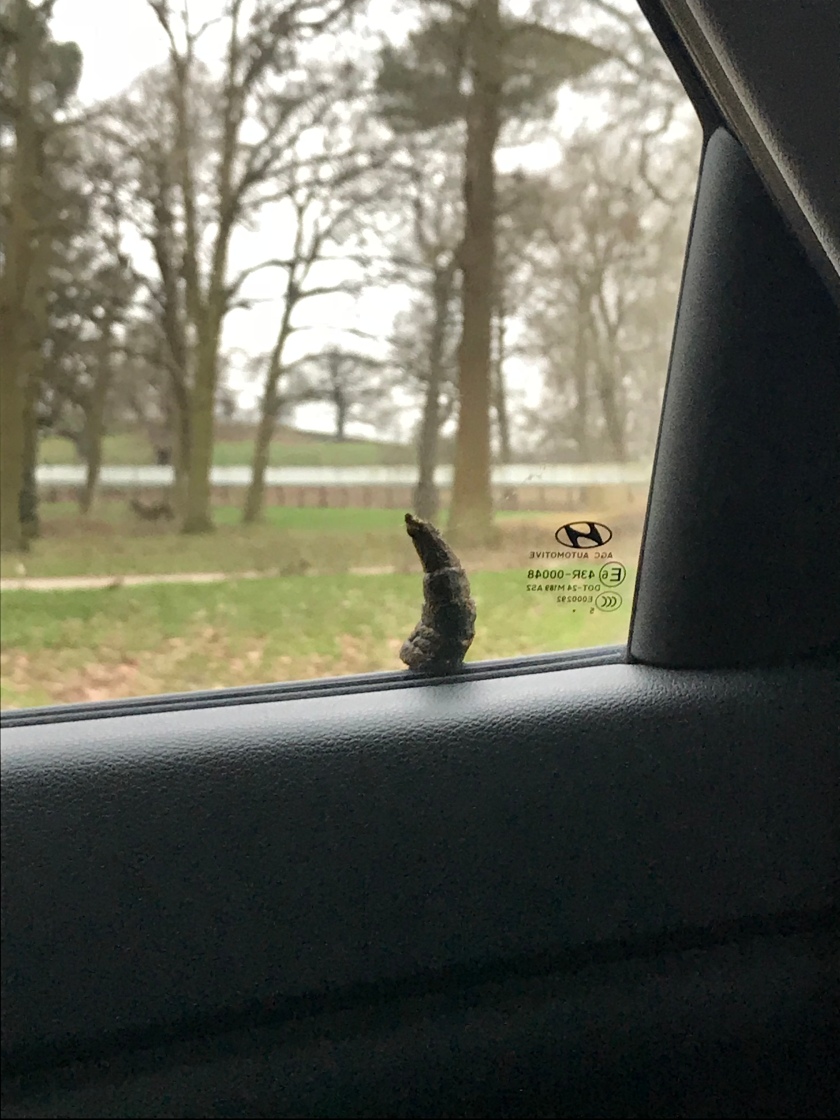 Once out of the car and into the Baltic conditions, we ambled around the various other enclosures – poking lemurs and oohing and ahhing at other random animals. We even got to see the elephants on a walk, all holding each other’s tails.

All in all, it was an awesome day. There’s nothing better than spending time with family, laughing at defectating mammals and calling in at Coop on the way home (at 3.30pm) to purchase three bottles of wine.